This article is the second part of my former article: Soundtracks – The Finishing Touches.
I will present some Asian drama moments in which the song that is playing during the scene put the finishing touch on the scene (at least to me).

CAUTION: MINOR spoiler for Happy Birthday, MEDIOCRE spoiler for Paradise Kiss and I Hear Your Voice, MAJOR spoiler for The King2Hearts and Ten Miles of Peach Blossom ahead.

The first time, the princess is singing it for her bodyguard Shi Kyung while sitting on a wall. The song is about the first love and that she will be alright and get over it, but keep it as a shadow in her heart. Because she is a singer, she wants to become famous with this song.
A lot of horrifying things happen, and the princess loses her smile and joy to live. Shi Kyung is the one who reaches her heart and makes her sing again. Because he only knows this one of her songs, he is sings it (pretty badly) for her.
The moment she dares to sing in front of other persons again is also the moment Shi Kyung dies while fulfilling a mission. 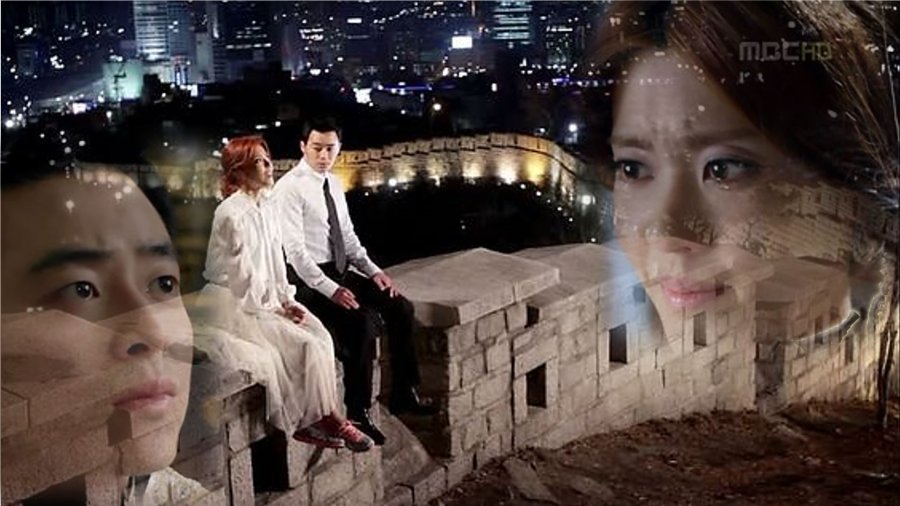 In his last moments, Shi Kyung thinks of the song. The audience is hearing his voice singing the first few words. Softly, the voice of the princess takes over. While Shi Kyung recalls the memories of all the people he loves, the princess is sitting surrounded by her servants and starts to sing again. When he takes his last breath, the music stops. The only person who made her happy and gave her hope died.
I actually could not listen to this song for a very long time because I needed to cry every time.

Take Everyone in This Hall up to Paradise

Finally, the day of the competition has come. While the team was working hard to design the perfect dress, Yukari was with them but she usually did not have a specific task. She was treated like the muse of George at all times. Now her big moment has come. She is the model and has to present the dress perfectly. She feels insecure and is afraid to disappoint everyone. However, George says that it is time for her to spread her wings like a butterfly and show it to the world. She promises to “take everyone in this hall up to paradise” and enters the catwalk. 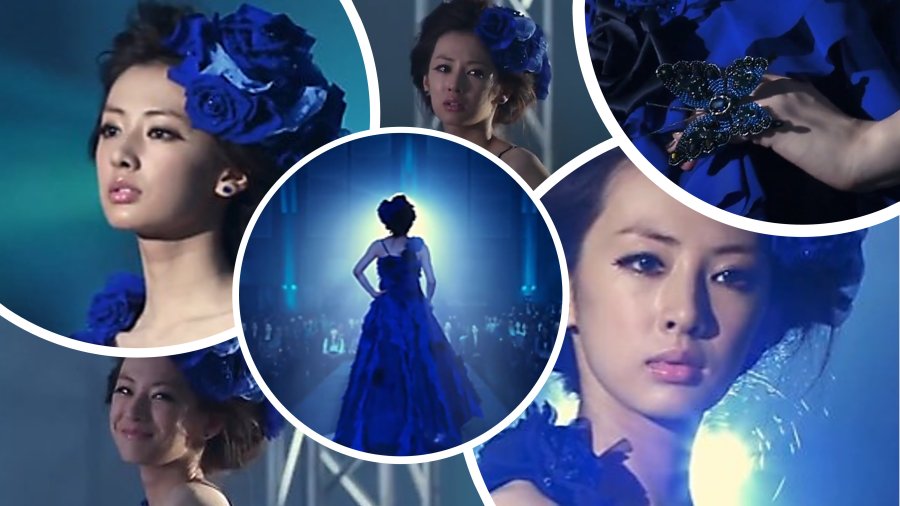 The instrumental part starts when she sets the first step on the stage. It feels like the singer calls out to the hall: “Everything will be alright” while the spotlight is focused on her. At this moment, I hold my breath. I was excited and afraid. Did she manage this walk?
Yes, she did, and it was just perfect. She presented a firework of facial expressions when she faced the audience, her friends, her crush and her mother. The moment she sees her mother, the music almost stops for a moment until the reaction of her mother is clear. I go through all kinds of emotions during this scene.

Su Su had to suffer a lot under her husband’s family and other residents of the palace. Therefore, she decides to leave Ye Hua. Because she became blind, she needed to prepare for her escape. While the daily life in the palace takes place, she walks and stumbles toward the Demonic State. She thinks she can go back home through this. However, she does not know that every mortal who falls into this portal will die. Through the magic mirror, she tells Ye Hua to let her go. Her last words: “From now on, we will not owe each other anything.” 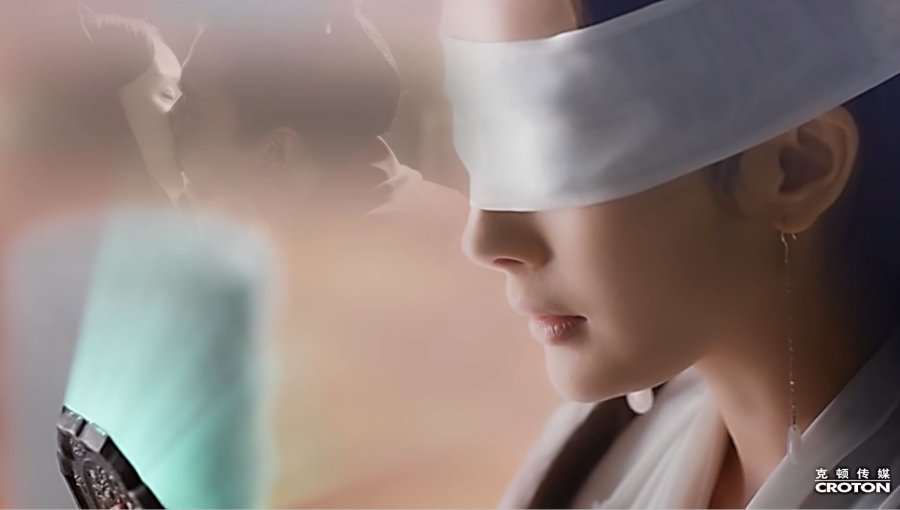 The song tells about longing hearts and how they want to be with each other. However, the pain they inflicted on each other let their hearts ache and will be part of their souls even when entering the next life.
While Su Su is heading towards the Demonic state, the song is playing along her way. The melody is calm, somehow nostalgic and sad – perfectly referring to Su Su’s feelings. It is underlining emotionally when she is stumbling, falling down and walks blind and barefooted but determined towards her death.

I Reach Out My Hand to You

Drama: I Hear Your Voice
Song: “I’ll Be There” by Jackson 5
YouTube link

A psychopathic killer is after Hye Sung. However, she is not yet aware of it. She received strange short messages: “I’ll be there”. After a while, she decides to call the number of the message sender. When the ring tune comes out of her smartphone, she also hears a song playing in her apartment. When she quits the call, the music stops as well. She calls again to be sure – the music is playing. The sender of the message seems to be there. 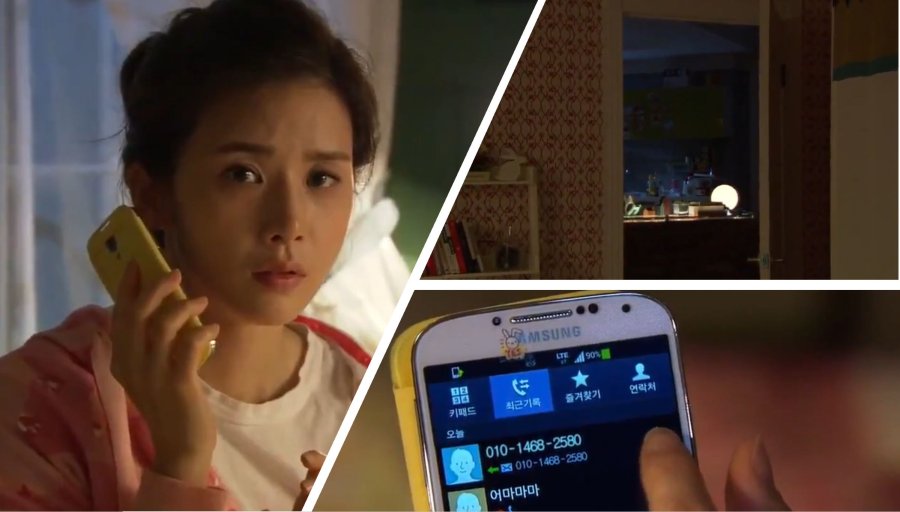 I still get goosebumps during this scene. It is especially creepy because the song is somehow calm and cozy, but the lyrics match the situation in a scary manner: “You and I must make a pact. We must bring salvation back”.  –  The killers’ motivation is revenge. “I reach out my hand for you”.  – He is near to kill her. “Where there is love, I’ll be there.” – He will also aim for all the people she loves.

I Am Sorry for Not Waiting

Tee has never overcame Thanam’s suicide. Although he is a famous actor now, loved by his fans, he is suffering deep depressions. He drinks a lot of alcohol, and in order to hear her voice, he listens to a tape she recorded for him when she was still alive. One day, when he is standing in the crowd of fans, he suddenly hears her voice calling for him: “Tee, I am sorry…” 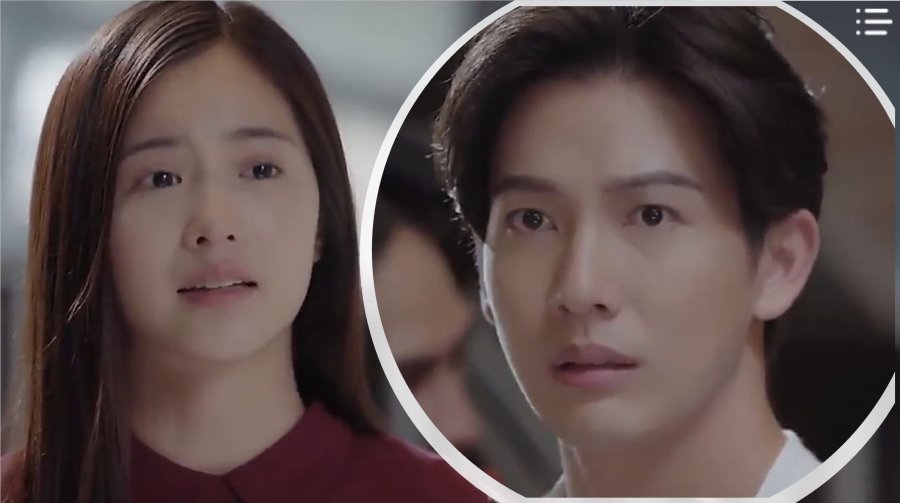 The song is played a few times when Tee’s suffering is shown when he drinks and cries until he falls asleep. In his dreams, he meets Thanam. She always asked if he missed her, and he sadly confirmed it. He could never let her go, and finally, she was in front of him.
When Thanam calls out for Tee, the sound is almost silenced. The crowd is muted, a calm melody is playing. The moment Tee discovers her, can see her, the song starts playing. Only the voice of the singer is heard: “Do you remember me? We used to love each other” – I immediately had tears in my eyes.

What do you think about scenes without any soundtrack?

Do you remember other drama scenes in which the OST made it special?

Do you consider the OST while rating a drama?