Warning: This article may contain a few spoilers!

“Youth of May is not just another frictional romantic tragedy.”

You might have come across this line in hundreds of articles and posts by now.

So before I tell you how this, not 16, but a 12-episode-long drama left an everlasting impact on me, let me shed some light on ‘what is this not so frictional story everyone is talking about?’

Youth of May is based on a tragic event that took place in South Korea known as the Gwangju Uprising between 18 to 27th of May 1980 that killed almost 600 people by their government troops. It was because the citizens, mostly university students, were protesting against the martial law that was still active in South Korea.

Now, why did this event occur? Or why, in just 10 days, were so many citizens killed by their government? Who is to be blamed for such a tragedy? It is not something I can comment on as I am not Korean, nor have I ever lived there. I only know the information that is available online, and definitely, that’s not the full story. Having said that, it is a heartbreaking incident that should never happen anywhere, no matter who is at fault, and I am happy this K-drama makes an effort to shed some light on this tragedy, telling us that even if it is not a happy memory or something to be proud of, but still it needs to be talked about because it happened. 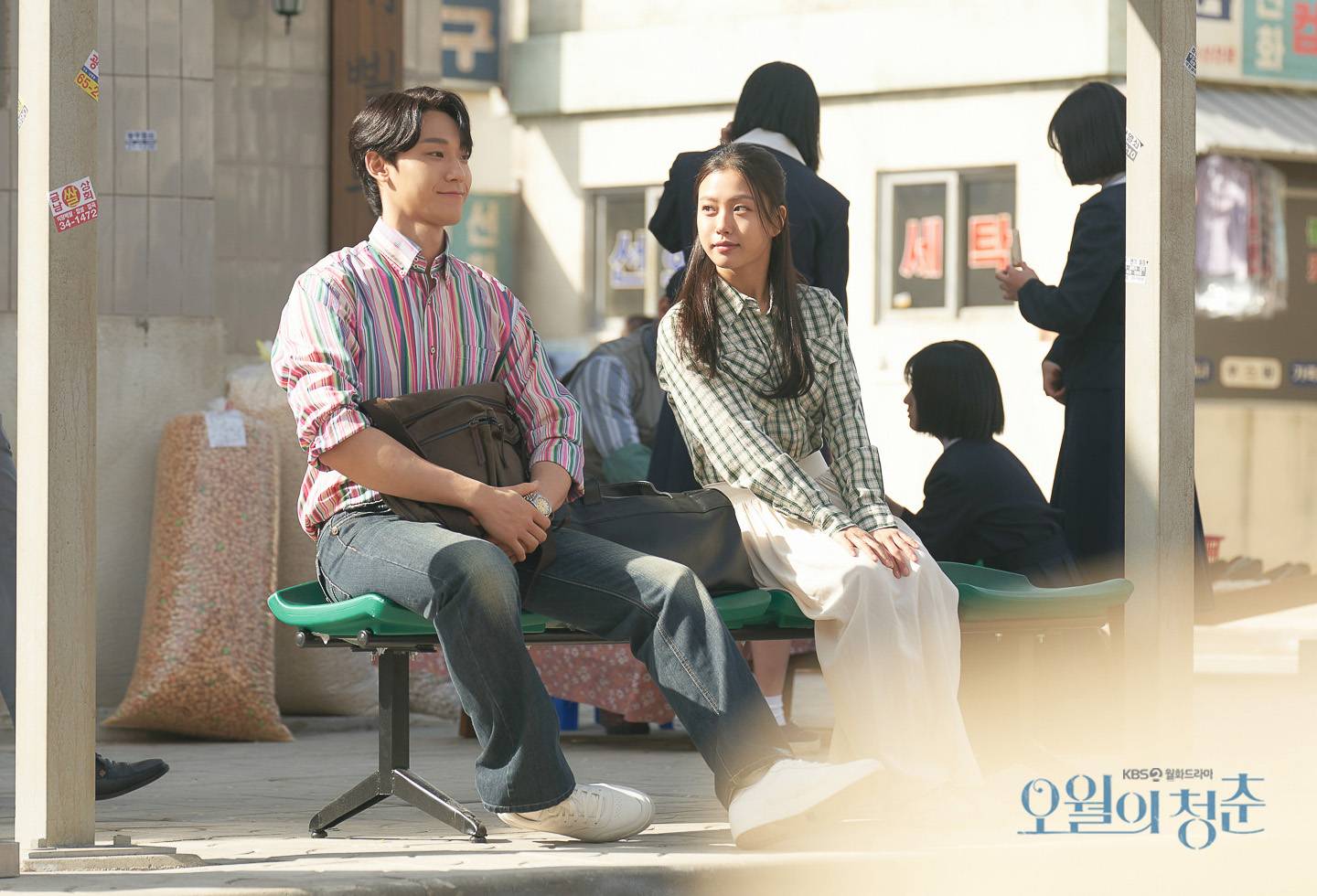 Now coming back to the drama, when I first came across the title, I thought “Oh! Youth of May probably is about young love during spring”, May being a month of spring. It makes sense, but no, it’s about the youth during a specific May of the 80s when the tragic incident took place. The drama is perfectly named if you think about it, and the script does an excellent job of showcasing a young love blossoming in the first half of the drama as well so that you are not focused on the actual tragic event that is taking shape in the background that takes the center stage in the second half of the series that is the real subject matter of this K-drama.

It heavily focuses on young love, 80s livelihood in South Korea, and family issues and keeps the protest and political plot in the background in the first 6 episodes . The cast also does an excellent in keeping your focus away from the protest plot-line and focus only on them with a 10/10 chemistry and acting performance with a little help from the cinematographer who captures each shot perfectly.

By the end of 7 or 8 episodes, you realize that the protest story-line is slowly becoming a more prominent part of the series but by then you are already so invested in the young love story that you start rooting for them and see things from their perspective and how the political tension in the country would affect them personally and not just affect the whole country in general. Now, this is an excellent screenplay, scriptwriting and direction at play as it adds a personal touch to the viewer’s perception of the protest, making us care and feel genuinely for the violence that is about to occur making the second half of the series more impactful.

As our leads make an effort to be together in all the chaos and violence, we feel their pain and helplessness as our own even though we may have never felt the real incident. EXCELLENT STORYTELLING I tell you!

By the end of episodes 10, 11, and 12 we see the real plot of Youth Of May that is not the romance or any personal conflict between any of the characters but the incident of 1980 as a whole. As we invest so much of our time learning and adapting to the lives of our fictional characters in the series in the first half, it finally pays off making us feel and understand how much this incident might have affected not only our fictional characters but also the real people that used to live in South Korea at that time. So much is felt without even telling in every moment of the final 3-4 episodes that I can’t even express it in words. Blending every genre except for fantasy into one pot and then delivering it without a rare unsatisfactory end (if you are a longtime K-drama fan you would know lol :p) makes me feel wholesome and important as a viewer who has invested her precious time watching it from the beginning to the end. 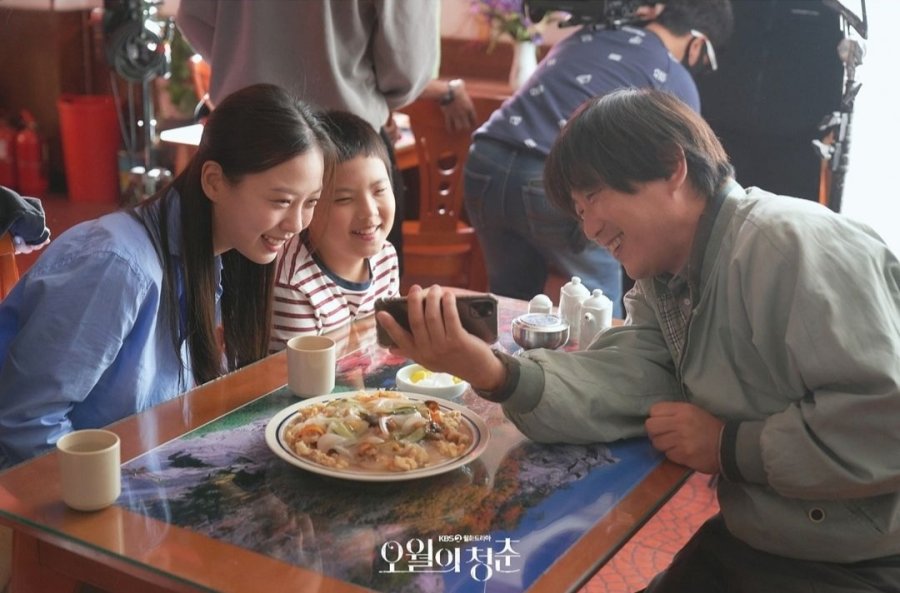 For me this series fits into the same category as Goblin, Hotel del Luna, While You Were Sleeping, It’s Okay to Not Be Okay who has left an everlasting impact on me as a person making me think beyond just the drama in itself. In short, I can’t rate this drama. It’s beyond that. With the perfect OST, casting, acting, cinematography, script, screenplay, and execution. It is a must-watch not for Korean drama lovers but for anyone who loves good content. It is worth the subtitles. And I hope, as much as it moved me as a foreigner, the series was also able to do justice in the portrayal of the real incident which I think was the real purpose of the makers.

Thanks for reading! I might have given too many plot points but I have avoided including the beginning and the ending of the drama specifically as it is a relatively new drama and many of you might not have watched it yet, and ruining your viewing experience is the last thing I want! So I encourage those of you who have already experienced this masterpiece not to reveal it in the comment section as well. Until the next article keep watching more K-dramas, Annyeong! 🙂 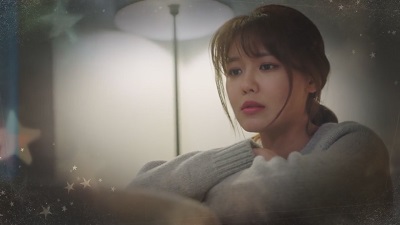 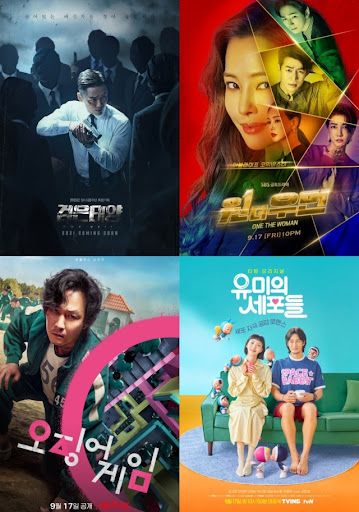