Several media outlets reported on August 25th that Yoo In Young and Ha Joon will be joining Kim Jae Wook and f(x) Krystal in the drama “Crazy Love.”

Last month, it was reported that Kim Jae Wook and f(x) Krystal will be the main leads for the upcoming drama. “Crazy Love” will be penned by Kim Bo Gyeom.

“Crazy Love” will revolve around a man who pretends to have amnesia on a murder notice and a female secretary who acts as his fiancée on a death sentence.

Kim Jae Wook will reportedly play the role of Noh Go Jin, the CEO of GO Study and the best math teacher in the country. Krystal on the other hand got the offer to play the role of Lee Ji Young, Noh Go Jin’s secretary. Although she’s good at her job, she seems non-existent because of her introverted personality.

The upcoming drama will reportedly air this year. Other broadcast details are yet to be revealed. 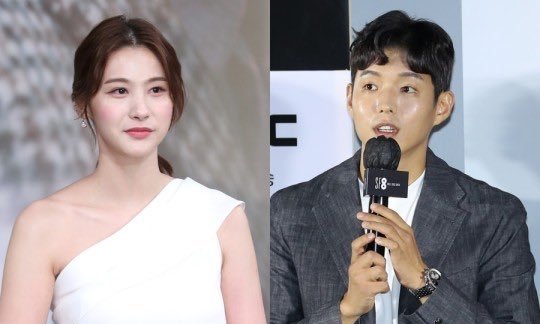 If Yoo In Young accepts the offer, “Crazy Love” will be her first drama for 2021. She last starred in the 2020 drama “Good Casting” with Choi Kang Hee, Kim Ji Young, Lee Sang Yeob, Lee Jong Hyuk, and more. She was also known for appearing in several dramas such as “Good-bye, Mr. Black,” “Oh My Venus,” “The Three Musketeers,” “My Love from the Star,” “Empress Ki,” and more.

Meanwhile, if Ha Joon confirms his casting for “Crazy Love,” this will be his third drama for 2021. He was part of the 2021 drama “Times” with Lee Seo Jin and Lee Joo Young. He will also appear in the upcoming drama “High Class” with main leads Cho Yeo Jung, Kim Jee Soo, Park Se Jin, and more. Aside from dramas, Ha Joon will also star in the movies “More Painful Than Sadness,” and “The Outlaws 2.”

The actor was also part of the dramas “Missing: The Other Side,” “Black Dog,” “Arthdal Chronicles Part 1: The Children of Prophecy,” “Six Flying Dragons,” and more.

Are you going to watch the premiere of “Crazy Love?”