Firstly, this article isn’t going to be about why no one at all watches sports-related dramas because that definitely isn’t the case. This article is more about shining the light on sports dramas and why there are fewer sports dramas compared to the majority of other genres. Is it because sports dramas are bad? Definitely not! Is it perhaps because they are too good? Perhaps – but that’s just wishful thinking on my behalf. ^^

I think the reason I like sports dramas so much is that I’ve had a background in sports, in mixed-martial arts competitively, and other sports I loved playing for fun with friends at school, such as basketball. Perhaps sports dramas make me think of my school days! Sports can provide an escape for people like me especially, someone who is quiet and keeps to themselves but likes physical exercise and gets pushed to the limit doing so and gaining liked-minded teammates in the process. Watching dramas also provides people with an escape, so I guess:

Please Note: Since Weightlifting Fairy Kim Bok Joo is by far the most popular sports drama, I thought it would be more appropriate to show lesser-known dramas as examples that perhaps you may add to your watch-list after reading this article! 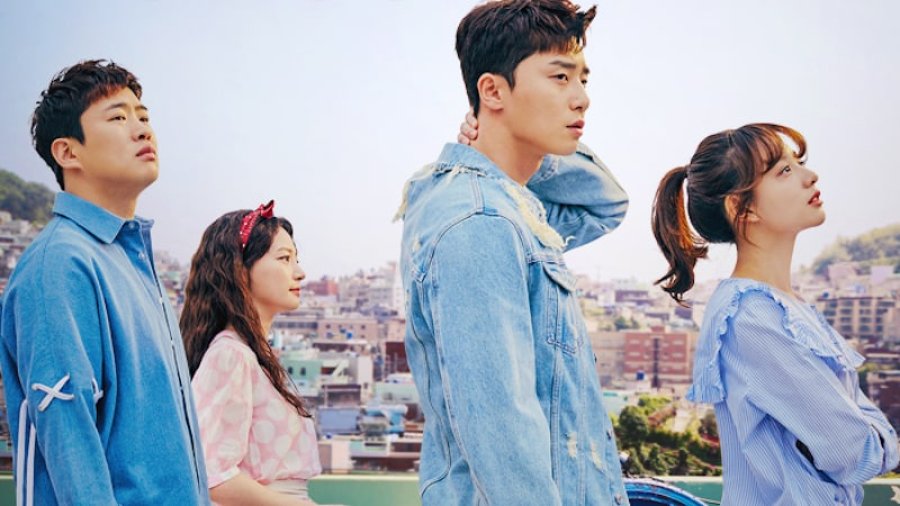 Let’s start with the most popular of the examples, shall we? Fight For My Way is an amazing watch, not only from the stellar performances by all four of the actors pictured above but inspirational in the message it provides the watchers: To never give up on your dreams. If you don’t give up, you’ll succeed one day. With the combination of comedy, romance, and friendship, you can instantly feel related to at least one aspect of this drama.

Now to ask the question: Out of all sports dramas, how or why did Fight For My Way become one of the most-watched?

I think it’s obvious the casting had to do with it initially, but when people started talking about the actual story and how well-crafted it was, how emotional it became for viewers, and the unique romance between the characters (I found it unique, but you may have a different opinion), it became a must-watch for everyone, no matter the opinion people had on the cast.

Does Fight For My Way help support the claim of sports dramas being underrated?

However, even though the viewer numbers are high, do people still talk about Fight For My Way compared to other popular 2017 drama releases? I think not. Compared to Suspicious Partner, Because This Is My First Life, and A Korean Odyssey, for example (all 2017 releases and have fewer # of watchers), Fight For My Way is as silent as a library. Well, libraries are supposed to be quiet anyway, but I hope you understand the point I’m trying to convey. Maybe I’m looking at different parts of MDL if you see it differently, but Fight For My Way should still be in the conversation when it comes to the greatest dramas of all time, and that’s including all the genres there are. 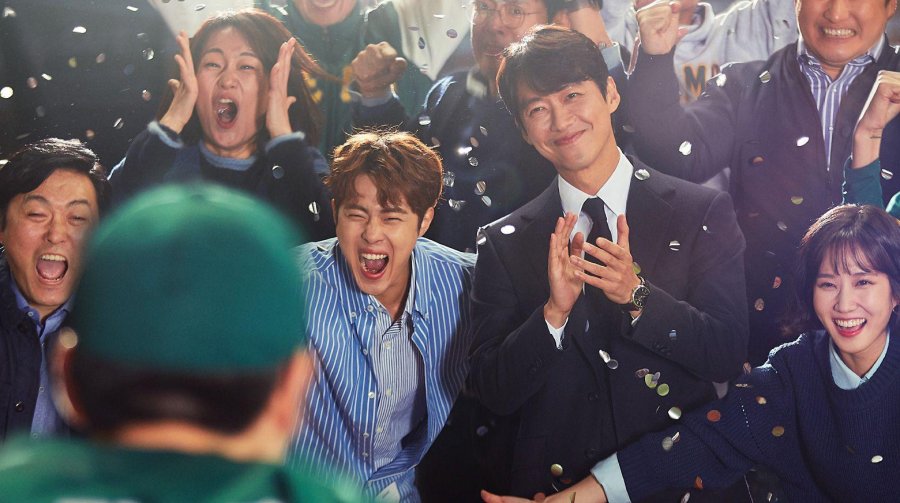 Moving from one of the most popular examples to the most underrated example, here we have Hot Stove League, a baseball-focused drama that shows how a failing baseball team is run behind the scenes and how new management turns their failure into success. From being hired to being fired, to being re-hired and then, well, I think you know the gist already, is a determined new manager (Namgoong Min) who does what he thinks is best for the team, even if not a single soul agrees with him. If you do decide to watch Hot Stove League, you’ll thoroughly enjoy the journey the team has from start to finish, and the amount of hard work done via the leads is so strenuous that you’ll even feel like you’re part of the drama!

Now to ask the question: How or why did Hot Stove League become one of the highest-rated dramas, but NOT the most watched?

This may be a wild opinion, but I believe not many people really had much belief in Hot Stove League, ironically just like the fans did for the baseball team in this drama. Again, maybe I was blind, but when Hot Stove League was in the stages of being released, there wasn’t much promotion at all compared to other dramas airing at the same time. Was this just because of its genre? I don’t think so entirely because if that was the case, it wouldn’t have been produced in the first place. Was SBS testing the waters to experiment with the sports genre? Maybe you could say that! It’s not entirely focused on sports anyway, so even if someone didn’t know the rules of baseball, they would easily still find enjoyment watching this. They would at least understand the politics that go on behind the scenes.

Does Hot Stove League help support the claim of sports dramas being underrated?

Without a doubt, yes. Hot Stove League is perhaps the most underrated drama of them all, regardless of the genre it holds. The story of working from the bottom of the pack to try and become the alpha is always a great story to see unfold. And not only is the story of the baseball team great, but it is also complemented by some amazing performances from Namgoong Min, Park Eun Bin, Cho Byeong Kyu, and Oh Jung Se. Considering Hot Stove League has under #13,000 watchers currently is upsetting in itself. Looking at the amounts of watchers for other dramas and considering how great this one is, is heartbreaking.

Before we move onto the third example of why sports dramas deserve a chance, let me tell you something, a “blast from the past”, if you must. There was actually a time where sports dramas were not good, and perhaps they didn’t really deserve a chance, compared to now. This was most likely due to “cringe” and embarrassing scenes or characters, and perhaps this did impact the genre a decade ago, and this could also be why sports dramas are less often produced nowadays.

Let’s take a look at one sports drama from the past, however, that I think deserves more credit than it has received. 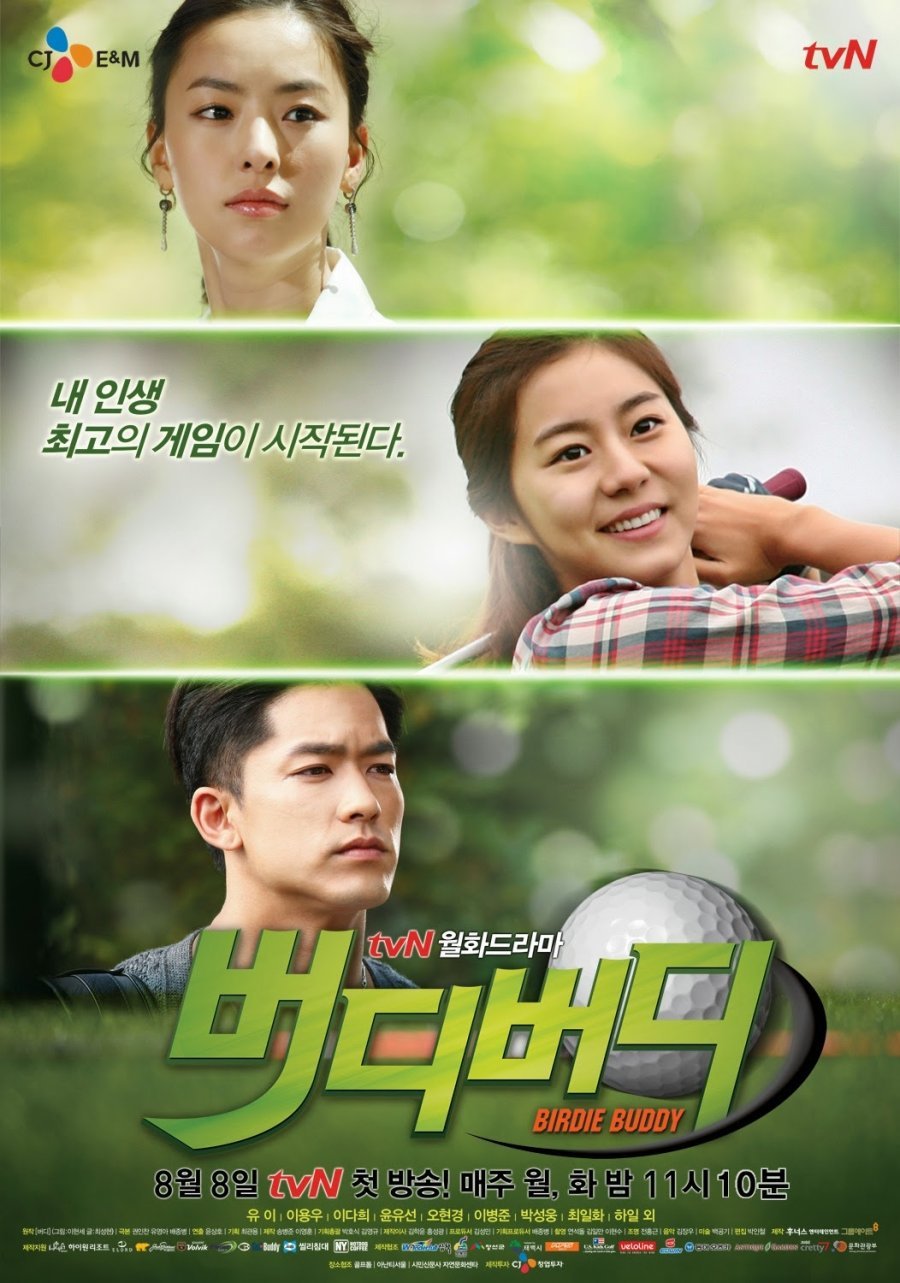 I know what you’re thinking already! “An overall rating of 6.7? Nope.”

The overall rating for Birdie Buddy on MyDramaList is definitely a mis-indicator because while it isn’t world-class, it still has a very nice and meaningful story that will make you feel many genuine emotions towards the characters. I honestly have no idea why it has such a low overall rating in the first place, considering the reviews, too. Perhaps because it was made in 2011, nearly a decade ago when this article is being written?

The story’s pacing is good and is somewhat logical, too, it contains some great performances from actors who are loved to this day, its cinematography, considering its release date, is definitely admirable, and it contains an OST that secretly becomes addictive overnight!

If you are in the mood to watch non-recently released dramas, I believe Birdy Buddy should be high on your list. I mean, sure, a drama about golf, one of the most ‘boring’ sports around, may sound like a snooze-fest, but I guarantee you that it’s the farthest thing from it. 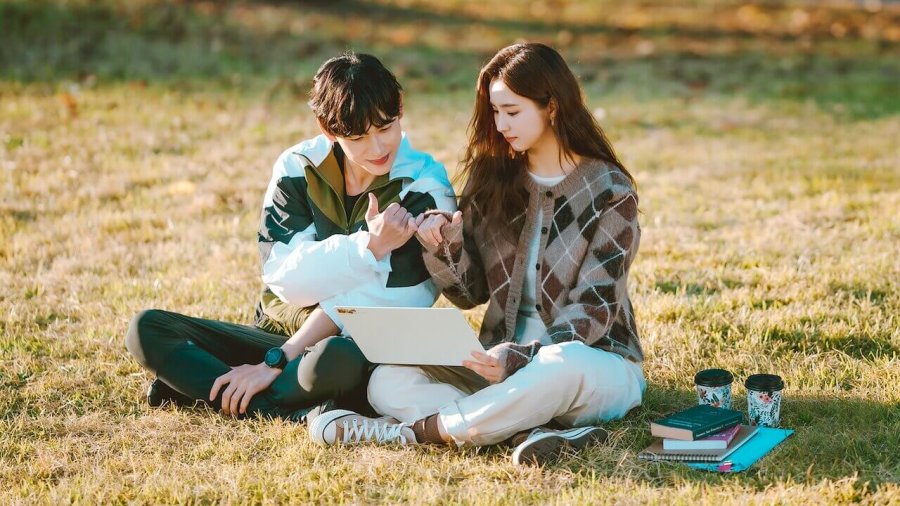 Run On, one of the most recently produced sports dramas, was really the deciding factor for me making this article. Who would have known the ML athlete and FL translator (acted by Im Shi Wan and Shin Se Kyung, respectively) alongside other great characters would work so well? The main message of this drama for its viewers is to appreciate yourself, you come first! I don’t want to fill this space with spoilers as you should watch it yourself, but after watching this, you’ll start wanting to go out for a run with some headphones on or, at the very least, watch another sports drama.

(Am I the only one who, after watching a certain drama, wants to do that very same thing/job for a while?)

Does Run On help support the claim of sports dramas being underrated?

I think it’s perhaps a little too soon to determine if Run On is ‘underrated’ or not, considering its last episode was aired in February 2021. For a drama to be deemed ‘underrated’ or not, it should be given more time, perhaps a year? Over 35,000 watchers is a decent number, too. But then again, out of all the recent releases, would you say Run On has been the most talked about, compared to the likes of Vincenzo or Love Alarm 2? Probably not. Run On does, however, deserve the chance of being watched, as I believe it has been one of the strongest, perhaps even the strongest, release in recent months.

I think the main point I’m trying to bring to the table here is that many people either neglect or don’t give sports dramas enough of a chance – and I’m not too sure if it’s because in the past they weren’t the best, or maybe it’s because they’re not produced as much because companies can’t hit the sweet spot with “sports”, a physical activity, and “dramas” (watching), which is very different than getting up and exercising. Perhaps it’s not relatable enough for most people?

But, even if you’re not a “sports person”, it doesn’t mean you’ll dislike sports dramas. After all, you’re not the one doing the sport, you’re watching the story of the drama. A horror drama isn’t pure horror, the same goes for sports. With high-quality sports dramas like the ones I’ve mentioned, I’m sure the most un-active and anti-sport person will find enjoyment in something that has been mentioned in this article.