On September 7th it was announced that the action fantasy drama “Bad and Crazy” has decided on their leads. Lee Dong Wook, Han Ji Eun, and Wi Ha Joon will work together to create a superhero drama. “The Uncanny Encounter” duo, director Yoo Seon Dong and writer Kim Sae Bom will join hands once more for “Bad and Crazy.”

“Bad and Crazy” will showcase the journey of how a materialistic police detective turns into someone who does everything for justice against corruption alongside the hidden persona “K.”

Lee Dong Wook will take on the role of Soo Yeol. He’s a superintendent at a Provincial Police Agency who doesn’t care about his image and pride as long as he achieves success. Han Ji Eun will portray the role of Hee Gyeom. She’s a detective in the Gwangsudae drug squad at a Provincial Police Agency. She’s also the ex-girlfriend of Soo Yeol. Wi Ha Joon will play the character “K,” the righteous madman in the drama. He dreams of becoming the last hero in this era.

“Bad and Crazy” will have a total of 12 episodes which will air in December 2021 on tvN, OTT platform, and iQIYI. 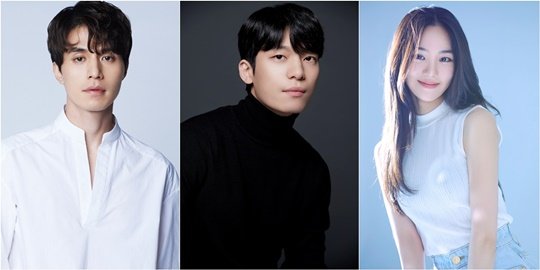 This series will be Lee Dong Wook’s first drama for the year. He previously starred in the 2020 drama “Tale of the Nine-Tailed” together with Jo Bo Ah and Kim Bum. He currently appears in the variety program “Sea of Hope” with Kim Go Eun, Lee Ji Ah, SHINee’s Onew, AKMU’s Lee Soo Hyun, and more. He will also join the upcoming movies “Happy New Year” and “Single in Seoul.”

Han Ji Eun’s last drama project was the 2020 KakaoTV drama “Lovestruck in the City” along with Ji Chang Wook, Kim Ji Won, Kim Min Seok, So Ju Yeon, and Ryu Kyung Soo. For this year, she made a special appearances in the dramas “The Witch’s Diner” and “My Roommate Is a Gumiho.”

Wi Ha Joon was last seen in the drama “18 Again” with main leads Kim Ha Neul, Yoon Sang Hyun, and Lee Do Hyun. He will be part of the cast of the upcoming dramas “Squid Game” and “Que Sera, Sera.”