On September 3rd Park Seo Joon was spotted at Incheon International Airport. It was reported that the actor will depart from the country to film in England.

Park Seo Joon’s agency Awesome Entertainment confirmed the news announcing that Park Seo Joon has left South Korea to film the Hollywood film “The Marvels.” The agency also stated that they are grateful for all the love and support but couldn’t disclose further details about his role in the movie.

“The Marvels” will be led by Brie Larson as Captain Marvel. Meanwhile, Nia Dacosta will be the one to direct the said Hollywood film and would be the first black female director of the Marvel franchise. The director was also the one who made a post about Park Seo Joon on her Twitter account. Park Seo Joon will reportedly film with Brie Larson, Monica Rambo, and Camila Khan.

The upcoming film is scheduled to be released in North America on November 11, 2022.

According to reports, Park Seo Joon will head back to Korea by the end of this year. He will finish “The Marvels” filming first then will proceed to film the drama “Hard Creature” together with Han So Hee.

The actor is known for being the lead of the dramas “She Was Pretty,” “Fight For My Way,” “Hwarang,” “What’s Wrong with Secretary Kim,” and “Itaewon Class.”

What are your thoughts on Park Seo Joon’s participation in “The Marvels” movie? 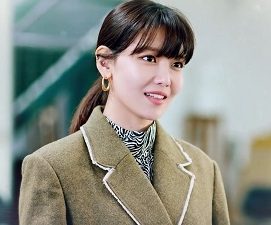