tvN announced on August 25th that Lee Sung Kyung and Kim Young Dae confirmed to be the main leads of the drama “Shooting Star” and the production will begin at the end of September.

The upcoming romantic-comedy drama “Shooting Star” will revolve around people who work behind the scenes so the stars/celebrities can shine. It will show a variety of professional groups such as public relations teams, managers, reporters, and more. It will focus on the love and hate relationship of Oh Han Byul, the head of the management’s public relations team, and top star Gong Tae Sung.

Lee Sung Kyung will bring life to Oh Han Byul, the head of the management promotions team at Star Force Entertainment. She’s very eloquent and has excellent crisis response skills. Because of her expertise, she has been active in various fields and has been dominating the industry.

Kim Young Dae on the other hand will portray the role of Gong Tae Sung, a top star signed under Star Force Entertainment. Well loved by the public for his innocent smile and upright image, Gong Tae Sung becomes the mortal enemy of Oh Han Byul.

Lee Sung Kyung and Kim Young Dae will reportedly be joined by actor Ha Do Gwon.

“Shooting Star” will have a total of 16 episodes which will air on tvN. It will also be available on the global streaming platform,  iQIYI. Airing date of the said series is yet to be announced. 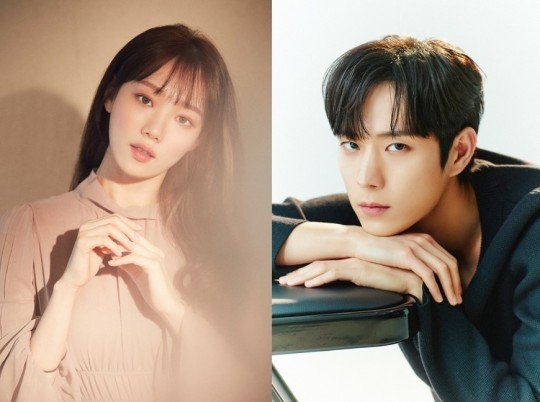 “Shooting Star” will be Lee Sung Kyung’s comeback drama since “Dr. Romantic 2” in 2020. The model-actress will also star in the upcoming movie “Broker” together with Kim Young Kwang, Im Joo Hwan, and more.

Meanwhile, this drama will be Kim Young Dae’s next project after “The Penthouse 3: War in Life”. This will also be his confirmed drama after turning down “School 2021” and “Why Oh Soo Jae?”.

What are your thoughts on the upcoming pairing of Lee Sung Kyung and Kim Young Dae?