In May 2013, I watched my first K-drama, My Princess with Song Seung Heon and Kim Tae Hee. Fifteen months and around 130 K-dramas later, I watched my first J-dorama, Nobunaga Concerto featuring Oguri Shun and the awesome Shibasaki Ko (watch Orange Days, please!). Eight years further on, I have gone from completing 130 K-dramas in 15 months to taking seven full years to complete another 130.

One reason for my K-drama slowdown was discovering that many J-doramas appeal to me more. On my personal drama spreadsheet, the average score for my 259 completed K-dramas is 6.43/10 versus 7.03/10 for my 63 completed J-doramas – a heartfelt arigato and kamsahamnida to MattPeddlesden for his help with my stats.

The two countries have very different styles of dramas, and Japan seems to produce a wider range of different genres and styles. Since my personal taste includes zero tolerance for fantasy and supernatural and almost zero tolerance for violence, it is easier to find dramas that suit me from Japan. Which finally introduces the point of this article: 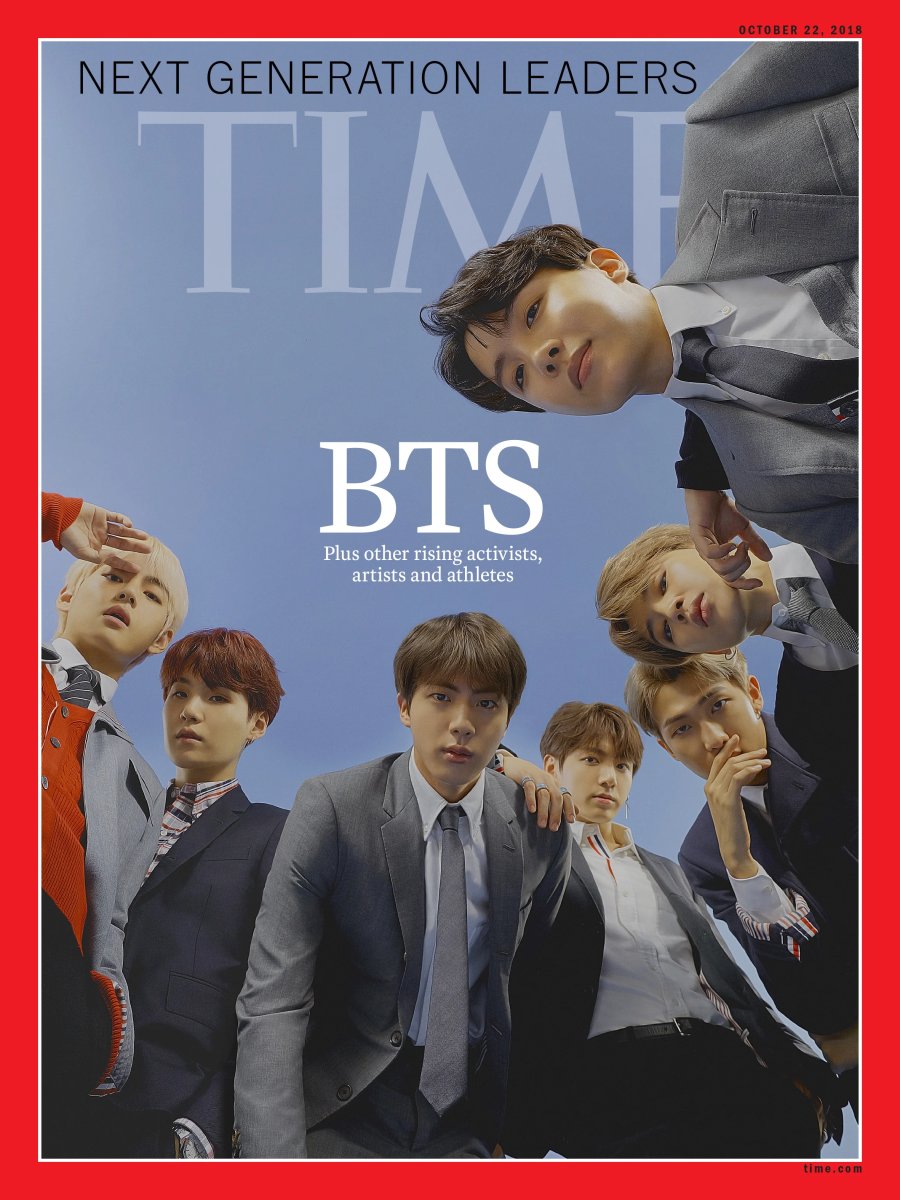 In the eight years that I have been watching East Asian dramas, Korea has made a concerted pitch to market, promote, and distribute its entertainment internationally. K-Pop and K-dramas are now staples in the global media diet, with BTS making the front cover of Time and Netflix becoming a major producer of Korean dramas. C-dramas, too, are widely available and globally popular. J-Pop and J-doramas continue to have a much lower profile. Since I know nothing about J-Pop and my interest in K-Pop begins and ends with Mamamoo and Yoon Mirae, this article focuses on dramas.

When I started watching East Asian dramas, subbed, K-dramas were already more accessible to international viewers, even in places like my country, which had no legal availability (and still has almost none). Subbed J-doramas, on the other hand, were much harder to find. They still are. As of May 6, 2021, YesAsia.com lists 19 pages of English subbed K-dramas available to buy on physical media for a total of 375 items. It lists four pages, and 71 items of English subbed J-dramas.

Of course, in the process of making Korean language entertainment more widely available, that entertainment content has been modified, and some would say homogenized. Some examples follow.

One of the most striking differences between Korean dramas and TV content from Anglophone countries used to be that Korean dramas were almost always single-season shows. I absolutely LOVED this. The US fixation with TV shows that go on for 10 to 20 seasons leaves me cold. In recent years, however, multi-season Korean dramas have become much more common. Part of the reason for this is the involvement of US media giants like Netflix in producing Korean content. To be fair and balanced, I should acknowledge that multi-season shows are not entirely uncommon in Japanese dramas either and that I actually find myself looking forward to some of them, such as Mikaiketsu no Onna S2.

Another difference between Korean dramas then and now is that back then, almost all Korean dramas were live shot, very few were pre-produced. I absolutely HATED this. Live shooting is a hideous, brutal practice that exacts a vicious toll on cast and crew and often also results in very erratic content quality. Once again, Netflix and other US producers have made a difference, and this is a difference I like and applaud.

Less easily defined is the cultural impact of the increasing influence of overseas media giants in the production of Korean entertainment. In recent years, Netflix produced K-dramas that have really resonated with a lot of international viewers, especially first-time international viewers, those who may have had no previous exposure to Korean dramas. It seems that one of the reasons many of these recent dramas like Crash Landing on You or Vincenzo have done so well is precisely because they are less different from Western TV than Korean dramas used to be.

Vincenzo is a particularly excellent example of this change. It is a revenge drama, and that makes it a particularly useful point of comparison because its lead actor, Song Joong Ki, was also the lead in a Korean revenge drama in 2012, The Innocent Man. The differences between those two dramas nicely illustrate the evolution of Korean drama content. The 2012 drama was very unmistakably a traditional Korean revenge drama. Nine years later, and while the core of the plot may still be revenge, the style and delivery of the content are very different.

Another striking example of the change in the nature of Korean entertainment is the Netflix series So Not Worth it. Personally, I find that title to be brutally honest, summing up how I feel about it perfectly. It is very deliberately aimed at a non-Korean market and, judging by many of the reactions on MDL, it’s a smart move. It seems there are a growing number of people who want to watch Korean entertainment that is very much less Korean and very much more like what they are used to. Similar attitudes were also expressed about Vincenzo, that it was a Korean drama that felt more like a Western drama, and increasing numbers of viewers seem to want that.

Some would call this change “globalisation”, others would call it “homogenisation,” depending on whether they consider it to be a positive change or not.

The only constant in this universe is change. Some changes can be good, some changes can be bad. Improved (though still bad) working conditions in modern Korean dramas are definitely good. The blurring of differences between Korean dramas and US-style dramas may not be so good, depending on one’s personal point of view. For many long-time fans of East Asian entertainment, it was the “otherness” that was a big part of the appeal – watching and/or listening to something different to one’s own entertainment culture. More recently, it seems there are many fans who prefer a much smaller dose of difference and who feel drawn to entertainment that may be produced in Korea but that has a more uniform appearance and feels similar to the entertainment they consume from their own culture. Highlighting this difference in perspective, it is interesting to note that many Korean dramas produced by or in collaboration with Netflix have been very successful in the international markets while failing quite spectacularly in terms of domestic Korean viewership.

Regardless of whether the sort of change that is happening in Korean entertainment content is positive or not, that change is not happening to the same extent in Japanese entertainment. Japanese movies and TV, and from what little I understand, J-pop also, remain very insular. It is produced by Japanese for Japanese, with no obvious regard or concern for its appeal to an international audience. Some recent Japanese dramas, like Uchi no Musume Wa, do frequently reference global media such as Hulu, but the content remains more solidly Japanese, including a more overt celebration of traditional Japanese heritage. At least in my country, there is even less Japanese content available legally than Korean, so the acquisition of Japanese dramas remains an ethical challenge. The other problem that persists is the availability of English subs. Because subbing of Japanese dramas remains almost exclusively fan-driven, potential viewers who don’t understand Japanese have to hope that a drama they want to watch will appeal to someone willing to sacrifice their time to make subtitles available.

If you have made it this far, congratulations and thank you! If you are relatively new to East Asian drama, do you prefer the comforting sameness of Netflix style productions, or do you like content that stands out as different from that which you are used to? If you are a veteran watcher of East Asian content, how do you feel about the divergent paths Korea and Japan have taken? Do you think the Hallyu wave and Netflix invasion has resulted in Korea “selling out” and losing its uniqueness, or do you think the influence of global entertainment mega corps has been a positive? Do you think Japan has got it right by continuing to produce Japanese entertainment for a Japanese audience, with little or no regard or interest in sharing it abroad? Or do you wish Japan would imitate Korea and reach out to a wider world, even if that means adjusting the cultural content of its entertainment? I look forward to your responses.

This article was made possible thanks to the invaluable assistance and guidance of Cho Na, for whose patience and hard work “thank you!” seems woefully inadequate.

Acknowledgement and credits: Thank you to the editors who edited this article. We do not own any of the images; credits go to their respective owners. The images are from drama photos on MDL and internet search. GIF source: zanikuro. Visual design by Cho Na.